From rustic split rail to charming white picket fences, wood fencing comes in a variety of forms and finishes that make it an ideal choice for homeowners and business alike.

There are several different types of wood that work for a variety of projects, from the economical to the durable.

Getting its name from the white appearance it has when first installed, whitewood is easy to work with. Pine, spruce, and fir are considered whitewood. These are especially popular options throughout the United States and into Canada. 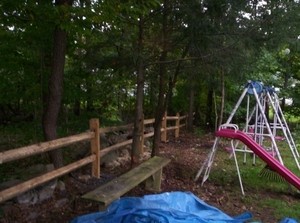 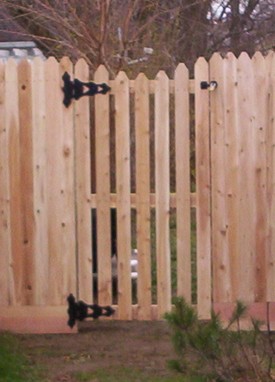 Cedar is not only aesthetically appealing but a practical choice, as it’s durable and can be reasonably priced. It’s a popular choice in areas that are fire-prone as it meets and exceeds safety classifications in the majority of areas across the United States.

With proper care, redwood fences will also last a number of years. Along with its natural beauty, redwood choices experience minimal warping, cupping, or checking, making it a great option for various outdoor uses.

There are many different styles that wood fences can take, including:

The American Society for Testing and Materials recommends the following minimum standards for producing wood fencing:

When specifying a wood fence,it is recommended that all homeowners, architects, engineers, and specifiers consider the following questions:

Local building codes should always be consulted for the minimum fencing requirements in that area.

Links to the other fence product guides